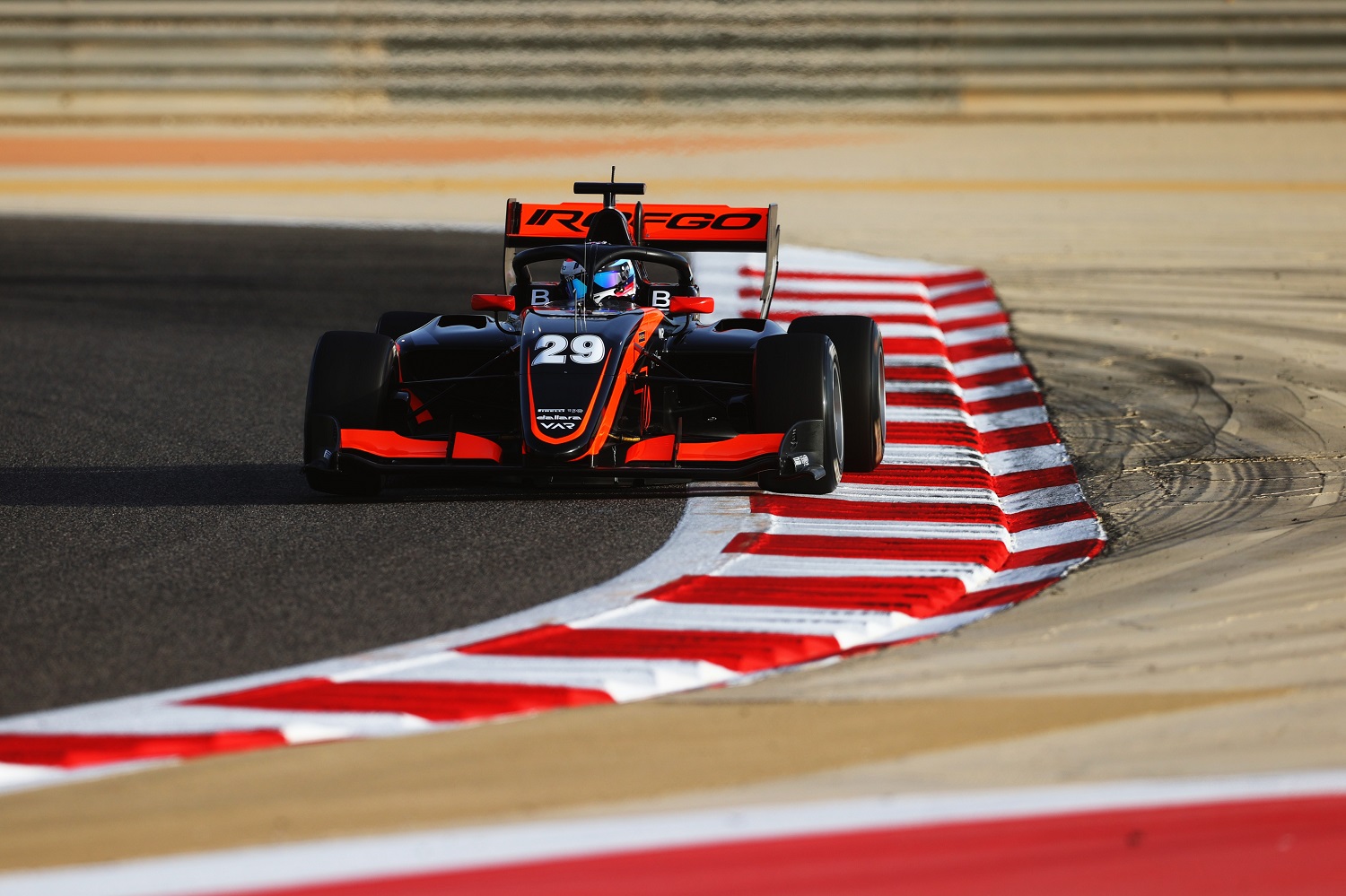 Formula 3 newcomers Van Amersfoort Racing made their competitive debut in the class with the best possible start on Friday, as Franco Colapinto clinched pole position for Sunday’s Feature Race at Sakhir with a lap time of 1:46.249.

After the morning preparations were done and dusted off, all the drivers took to the field to set the grid orders for the first Sprint and Feature races of the year during a 30-minute session.

After the first set of laps, it was Grégoire Saucy who jumped to the top of the timesheet, moving just over a tenth of a second ahead of practice leader Roman Staněk.

Most of the drivers returned to the pit lane as the session reached halfway through the race, however, two remained on track to set their own laps – ART Grand Prix’s Juan Manuel Correa and MP Motorsport driver Alexander Smolyar. Correa climbed to third place, while Smolyar lowered the benchmark at the front of the field, becoming the fastest by three tenths of a second over Saucy.

With 10 minutes to go, the other drivers exited the pit lane and concentrated on their final pushing lap. Colapinto, who looked competitive in training, delivered VAR his dream debut by moving to the front of the pack, where he wouldn’t be moved.

Staněk came closest to beating the Argentinian, with his effort just six hundredths of a second behind. Meanwhile, Kush Maini produced an impressive final lap to take MP Motorsport past third.

That means Carlin’s Zak O’Sullivan will start from pole position on Saturday, with PREMA Racing’s Oliver Bearman alongside him for the company on the front row after the two drivers finished qualifying in 12th and 11th respectively.

ART Grand Prix saw all of its drivers finish in the top six, with Saucy, Victor Martins and Correa finishing fourth to sixth, ahead of Zane Maloney and Smolyar. Isack Hadjar and David Vidales complete the top 10.

The field of Formula 3 drivers will race for the first time this year on Saturday, with the Sprint race starting at 12.45pm local time. 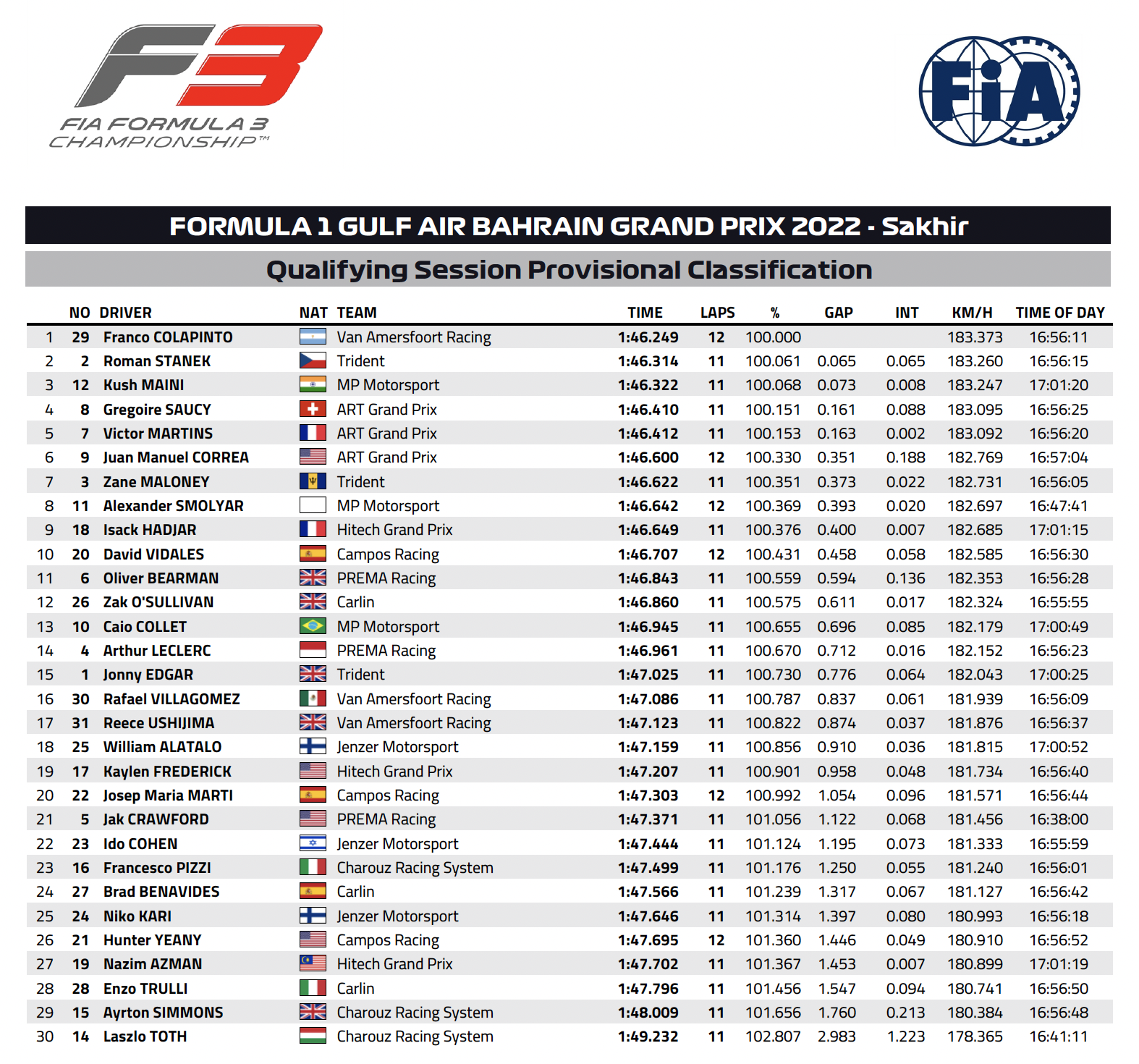 A fast path to better driving